This summer we filmed a telecom working on a 500 foot radio tower. We can’t wait to show you the footage!

We use the new 5.6K DJI Inspire 2 Drone and X5s Camera. It’s one of the best in the industry. Here are what industry professionals say about the quality of this drone and system. (Drone Life

Better, faster, stronger – Why the DJI Inspire 2 is the best aerial photography drone there’s ever been
Alright, maybe it’s not saying much to label the DJI Inspire 2 as the “best ever”. This is, after all, a relatively new industry and DJI is way ahead of the competition. You might also argue say that any drone bundle coming in at well over $3,000 better be nothing short of spectacular. Well, the good thing is that it looks like you’ll get your money’s worth with the Inspire 2.

Professional aerial photography – Supercharged
We know that drones are going to keep advancing in terms of capability, but sometimes it’s difficult to see where improvements can realistically be made. With the Inspire 2, DJI started with the basics. Power. The new drone’s body is made from a magnesium-aluminum alloy, and so managed to be both stronger and lighter than the original. Less weight and a new battery system take the Inspire 2’s top speed to a mighty 58mph – a figure that had to be dropped down from 67mph when DJI decided the drone was too fast. The Inspire 2 can hit 50 mph in just 4 seconds.

Speed isn’t essential for great aerial photography, but plenty of professionals will appreciate the added variety it can bring to projects, especially when tied in with some of the Inspire 2’s tracking features.

Despite having considerably more power than the original Inspire, the flight time is anywhere up to 27 minutes – if you choose to use it with the Zenmuse X5S camera, anyway. The Inspire 2 also has a fancy new propulsion system, which can help pilots take on another level of vertical camera moves, climbing at nearly 20 feet/second and descending even faster. 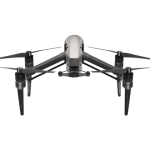 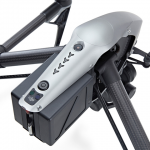 Founded as a collaboration by Torrey Pocock and a close business mentor, Riggo Productions  has strong production backing and partnerships. Riggo specializes in efficient video production and digital media creation. Animation, Photography, Videography from crews as small as 3 and as large at 100.

With experience in Live TV, Video Production and Advertising, Torrey brings 25 years of knowledge to the studio and our groups background in government contracting and business management is proven at the highest levels of government.

NAICS  541890 OTHER SERVICES RELATED TO ADVERTISING

NAICS  711410 AGENTS AND MANAGERS FOR ARTISTS, ATHLETES, ENTERTAINERS, AND OTHER PUBLIC FIGURES

Get news you can use and information about digital media content and our production services.